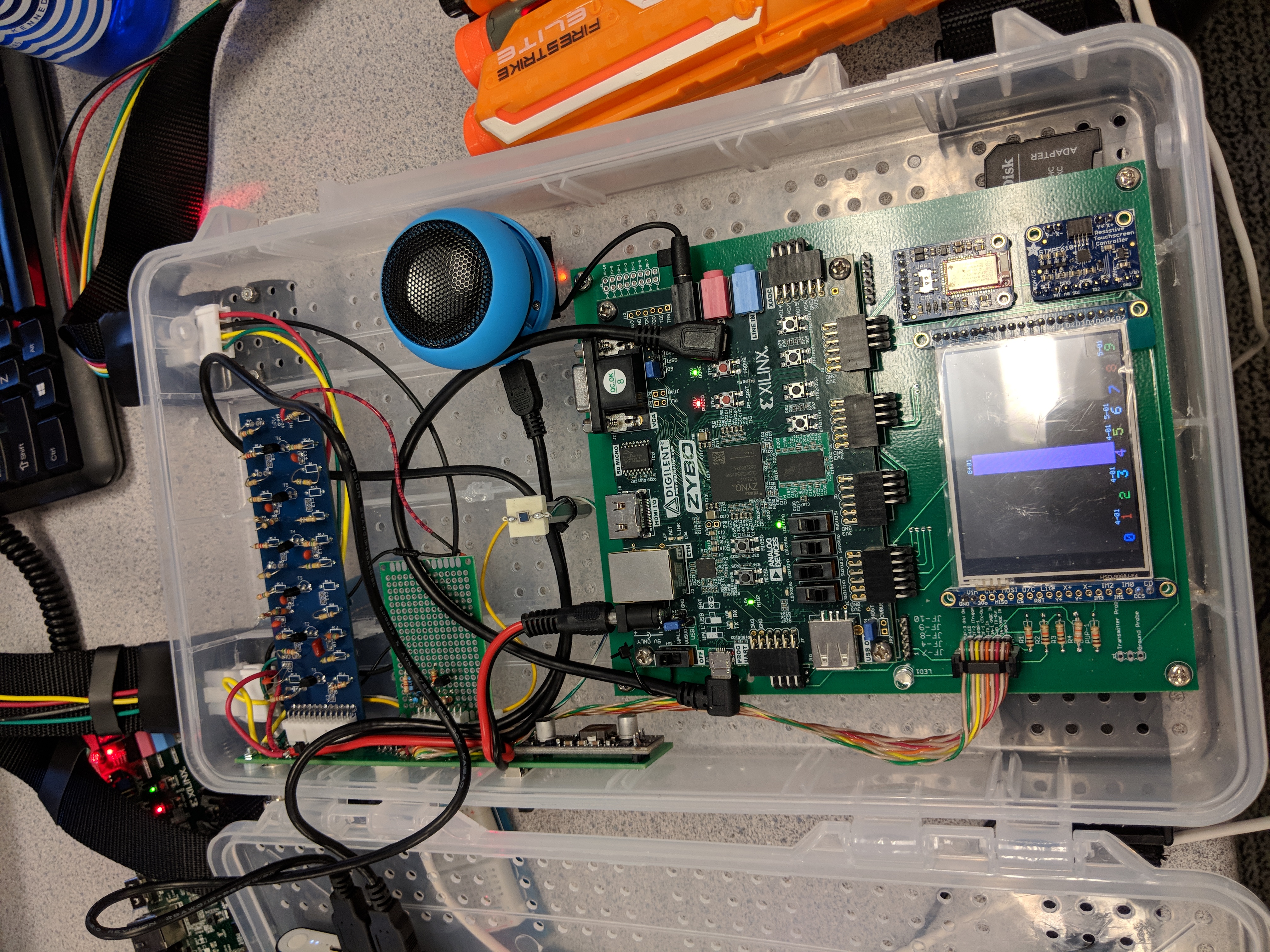 During my junior year at BYU, we had a design project that combined the skills we had learned in the core classes we had taken throughout the year, such as advanced circuit design, signal processing, and embedded systems programming, to create a laser tag system. We began by designing and building the transmitter and receiver boards for the system in our circuits class. We learned to balance the trade-offs between gain amplification and noise reduction to reach the proper signal level that would be reliable and work across a great enough distance to make the game more enjoyable. We also learned all about filtering signals largely using Fourier transforms. By so doing, we were able to create ten distinct player frequencies that could be detected separately by our system, all while filtering out the extra noise from the other lights in the room, as well as from aliasing. Finally, we implemented this filtering code to work on our microprocessors, as well as added a variety of state machines to provide proper game functionality and user interfaces to make the game run smoothly and be as enjoyable as possible. My team was able to overcome the challenges it faced and deliver some reliable systems. The best part was getting to actually play with our systems and know how they worked and exactly why certain issues might be occurring. This project was also a great exercise in working together as a team to accomplish our various tasks, communicate with each other, and report on the work we had accomplished.

I also had the opportunity to be a teaching assistant for this project the following year. This allowed me to even further deepen my understanding of the concepts and code structure of the filtering systems and state machines used to implement these systems. It also gave me a better understanding of how to work with the microprocessor's SDK, from setting it up properly to troubleshooting issues that occurred throughout the class. Also, a change to the class required each team to come up with an extra feature for the game, and I got to help the students bring their concepts to fruition and actually implement them into the game. We saw everything from bluetooth-enabled score trackers and new game modes to power-up stations and souped-up shotguns with super bright lights to give them the advantage. That's what I like to call cheating creativity and thinking outside of the box.