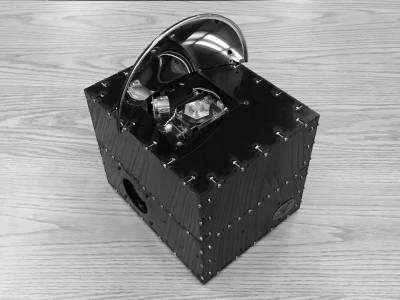 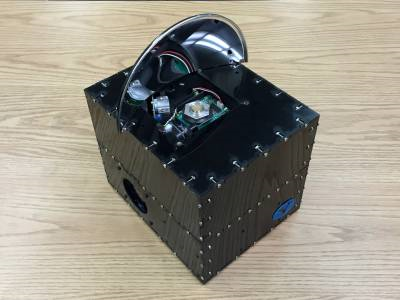 At the beginning of my sophomore year at BYU, I had the opportunity to join the Electro-Holography research group led by Dr. Daniel Smalley. Among the projects the group has worked on are Photophoretic-trap Volumetric Displays and the continuation of the Holographic Video Monitor as started by Dr. Stephen Benton of the MIT Media Lab's Spatial Imaging Group.

I was able to participate in research over a majority of the time I was an undergraduate student, including as an official research assistant over the summer between my sophomore and junior year through BYU's IMMERSE program. My contribution to the project came in the form of producing, testing, and aligning multiple lithium-niobate leaky-mode acousto-optic spatial light modulators (or "HoloChips") that enabled the creation of holographic images at video frame rates.

After various cleanroom processes to fabricate the devices, including metal deposition, photo-lithography, wet and dry etching, proton exchaning, annealing, and wire bonding, I would test the devices to make sure that at the proper RF frequencies, the angle at which the light would "leak" out of the devices was able to be controlled. Finally, I would insert the devices into a 3D printed cartridge design that would house the laser diode and align everything so that the entire cartridge could be integrated into the rest of the monitor.

From this work, I was able to help publish a paper and create a patent-pending device. I hope to be able to continue to add to my research to enable a device such as the Holographic Video Monitor to become more accessible and widely adopted as the field of holographic display and other forms of 3D display technologies progresses.